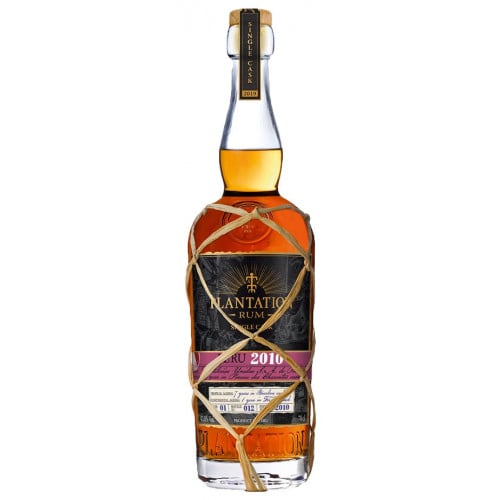 Plantation Rum is produced using a combination of traditional and modern rum-making techniques, and most expressions undergo the brand’s signature double ageing process. After ageing several years in white oak Bourbon casks in the tropics, where the angels’ share is high, the rum is shipped to France for cask finishing, including Cognac cask finishing.

Plantation Peru 2010 Single Cask 2019 is a limited-edition rum from the brand’s Single Cask collection, which was finished in Pineau des Charentes casks. After 7 years of Tropical ageing in Bourbon casks, and 1 year of continental ageing in Ferrand casks, this expression spent an additional year in casks that previously held Pineau des Charentes, a fortified wine made from either fresh, unfermented grape juice or a blend of lightly fermented grape must, and Cognac eau-de-vie.

Sultanas and oak evolve into molasses and orange on the nose, followed by a smoky profile with tropical fruits, dried banana, pineapple and kiwi. The palate is rich and woody with spicy cloves and ginger, fruity and buttery notes of peach pie, and a hint of refreshing peppermint.