Rating:
87%
1
Size750mL Proof104 (52% ABV)
The Bourbon Vertical Series follows 1,350 MGP bourbons through their aging process. This additional year of maturation brings more dark fruit and caramel notes, as well as hints of smoke to the 2020 release, the 5-year-old Bourbon War.
Notify me when this product is back in stock. 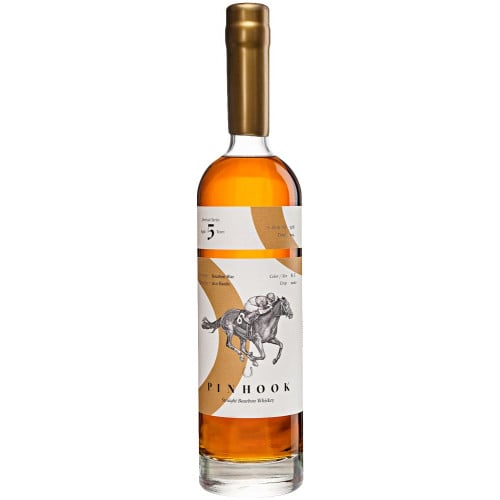 The Bourbon Vertical Series is an annual-release series that follows 1,350 MGP bourbons through their aging process up until 12 years of age. "It will be exciting to follow the maturation of both rye and bourbon over the course of 9 years and understand how each style of whiskey progresses individually as well as in comparison to the other," says Master Blender Sean Josephs. The War 5YO Vertical Series is crafted from a mash bill of 75% corn, 20.5% rye, and 4.5% malted barley. The Bourbon War Vertical Series 5 Year Old is a straight bourbon that's bottled at 104 proof, its additional year of maturation brings more dark fruit and caramel notes, as well as hints of smoke. The second in the series, it's a blend of 150 barrels that were aged at Castle & Key. It's named after a thoroughbred colt.

The nose opens with aromas of butterscotch, cinnamon stick, licorice, and vanilla. There's dark fruit on the palate with a distinct cherry note as well as brown sugar and chicory.