Size750mL Proof97 (48.5% ABV)
This high rye whiskey is the second edition of straight rye produced by Pinhook.
Notify me when this product is back in stock. 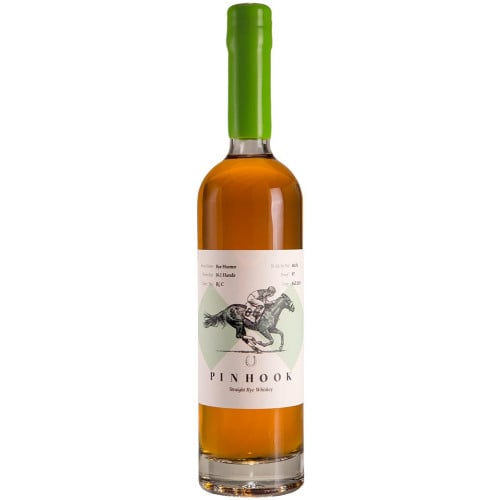 Every fall Pinhook releases a new bourbon and rye, each of which is connected to a promising young thoroughbred horse. The whiskey in each release is the best expression of our barrels at that moment in time, and we blend and proof each release to be as unique as the horse on the label. The result is an annual vintage of Pinhook Bourbon and Pinhook Rye that become instant collectibles.

The Rye Humor release is the second edition of straight rye whiskeys produced by Pinhook. The traditional mashbill has over 3 years of barrel age and was blended and cut to 97 proof by Sean Josephs at Castle & Key Distillery in Frankfort, KY. This straight rye whiskey has a perfumed nose of elderflower, aromatic wood, and preserved lemon which leads to a palate of dried papaya and caramel. Toasted vanilla, candied black licorice and honey linger, balancing an elegant yet powerful rye.