This product is available in: CA, CT, NH, NJ, NY Unfortunately, we can't ship to PO Boxes and APO addresses.

Size750mL Proof97 (48.5% ABV)
This year's Pinhook flagship is the Rye'd On Kentucky Straight Rye Whiskey, dedicated to a young thoroughbred of the same name.

This product is available in: CA, CT, NH, NJ, NY Unfortunately, we can't ship to PO Boxes and APO addresses. 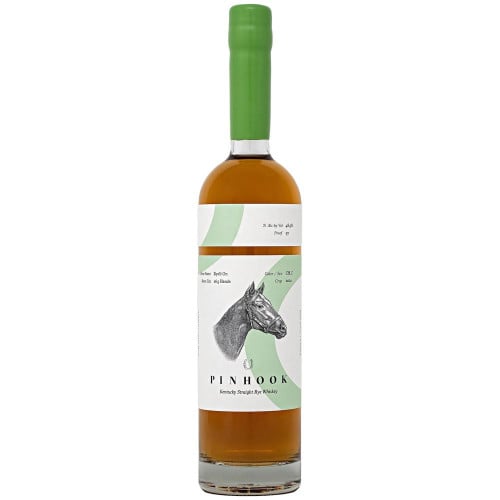 This year brings Pinhook Rye'd On Kentucky Straight Rye Whiskey, dedicated to a young thoroughbred of the same name that can be seen on the label. Crafted from a mash bill of 60% rye, 20% barley, and 20% corn, this flagship rye has been aged for at least 2 years at their Castle & Key Distillery. This special release is the first incarnation of their proprietary mash bill since restoring the Old Taylor Distillery, their very first 100% in-house spirit. You can expect fruity aromas of peaches, spearmint, and cinnamon, followed by a taste of cherries, toffee, and cloves.

You can expect fruity aromas of peaches, spearmint, and cinnamon, followed by a taste of cherries, toffee, and cloves.