Learn more
Size750mL Proof115.3 (57.65% ABV) *Please note that the ABV of this bottle may vary
Pinhook Bourbon Country Cask Strength won Gold at the 2019 San Francisco World Spirits Competition.
Notify me when this product is back in stock. 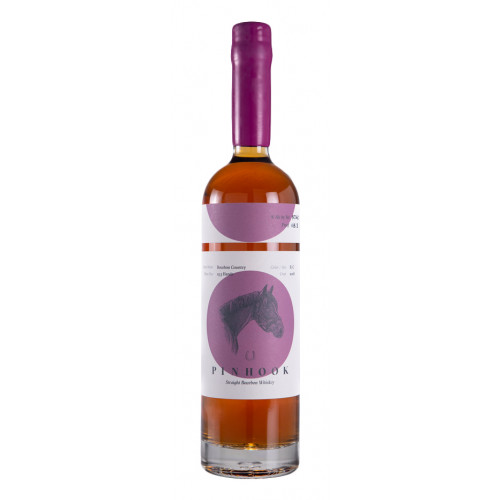 This first Cask Strength Pinhook release was bottled at 115.3 proof and has a deep and bright nose of Creme Brûlée, orange zest, and toasted coconut, which sets the stage for a rich and harmonious palate of pralines, brioche, cocoa, and candied cinnamon. Pinhook Bourbon Country Cask Strength won Gold at the 2019 San Francisco World Spirits Competition.

A deep and bright nose of Creme Brûlée, orange zest, and toasted coconut, which sets the stage for a rich and harmonious palate of pralines, brioche, cocoa, and candied cinnamon.