Rating:
100%
1
Size750mL Proof114 (57% ABV)
Limited to a blend of only 65 barrels, this Rye Humor Cask Strength release is the first edition of barrel proof straight rye whiskey from Pinhook.
Notify me when this product is back in stock. 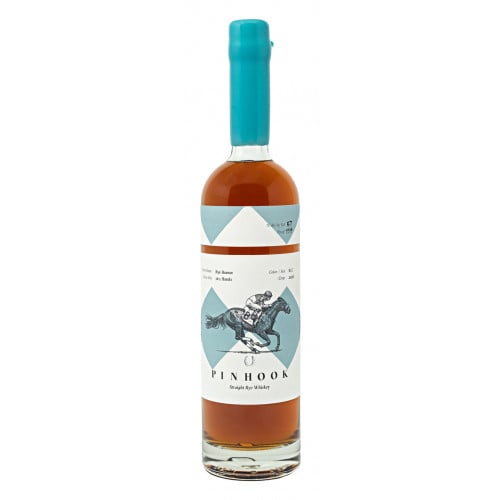 Every fall Pinhook features an annual vintage of Pinhook Bourbon and Pinhook Rye, each of which is inspired by a thoroughbred horse. Each blend is as unique as the horse on the label. “Pinhooking” refers to an old Kentucky term for purchasing young thoroughbreds, holding them until they mature, and selling them when they are ready to run. Successful pinhooks – much like whiskey - are made on instinct, experience, an appreciation of quality, and a little luck. Pinhook bourbons and ryes are handcrafted to reflect the richness of the Kentucky soil and the character of its beautiful horse country.

Limited to a blend of only 65 barrels, this Rye Humor Cask Strength release is the first edition of barrel proof straight rye whiskey from Pinhook. Blended by Sean Josephs at Castle & Key Distillery in Frankfort, KY the average age of the barrels is around 4 years old. You can expect deep and dense aromas of dark chocolate, candied black licorice, and vanilla extract, followed by robust flavors of raisins, tobacco, cinnamon stick, and sarsaparilla.