Rating:
100%
1
Size750mL Proof80 (40% ABV)
Aged for over four years, this bourbon whiskey earned a score of 91 points from Tasting Panel Magazine.
Notify me when this product is back in stock. 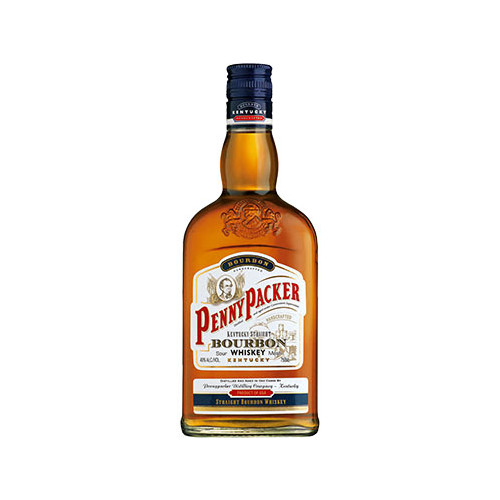 Federal regulations in the United States (27 C.F.R. 5 to be specific) require that bourbon be made from a mashbill of at least 51% corn before being aged in new oak barrels and bottled at 80 proof or higher.  Bourbon that meets these requirements and that has been aged for a minimum of at least two years may be called straight bourbon.  PennyPacker Bourbon Whiskey is a Kentucky straight bourbon that is crafted from a mash of 70% corn, together with 30% rye and malted barley, and is aged in new, charred American oak barrels for at least four years before being bottled at 80 proof.

With no added coloring or flavoring, PennyPacker Kentucky Straight Bourbon Whiskey is the quintessential American spirit. It has an aroma of vanilla pods and sweet caramel that give way to notes of almonds, poundcake and black pepper. The finish is warming and bold, with touches of ginger, cloves and allspice.

The whiskey earned a score of 91 points from Tasting Panel Magazine and was called a "a seriously well-made bourbon" by Jim Murray's Whisky Bible.

Well-balanced and complex bourbon. Aroma of vanilla pods and sweet caramel that give way to notes of almonds, poundcake and black pepper on the palate. The finish is warming and bold, with touches of ginger, cloves and allspice. Hints of brown sugar throughout.