Rating:
87%
(1)
Released alongside the "Legend and Myth," this award-winning Celt is a part of Penderyn’s "Welsh Dragon" range.
$63.99
Add to Wish List

Penderyn is the first Welsh distillery in over a century. Launched March 1, 2004, the distillery is nestled in a small village in a mountain range in South Wales named Brecon Beacons. Home to Forest Fawr Geopark — a UNESCO site. Penderyn has garnered much critical acclaim since its inception; their unique small batch methods yield only one barrel of this Welsh whisky per day. Initially matured in hand-selected bourbon barrels, the whisky is finished in Madeira barriques.

Released alongside the "Legend and Myth," the Celt is part of Penderyn’s "Welsh Dragon" range, which is distinct from the distillery's house-style of ex-bourbon cask maturation, enhanced with ex-Madeira wine cask-finishing. This particular expression is finished in ex-peated Scotch casks opposed to ex-Madeira wine casks. This imparts an entirely new dimension to the spirit. 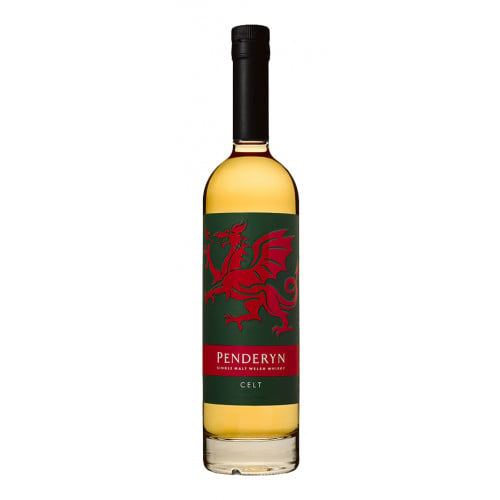