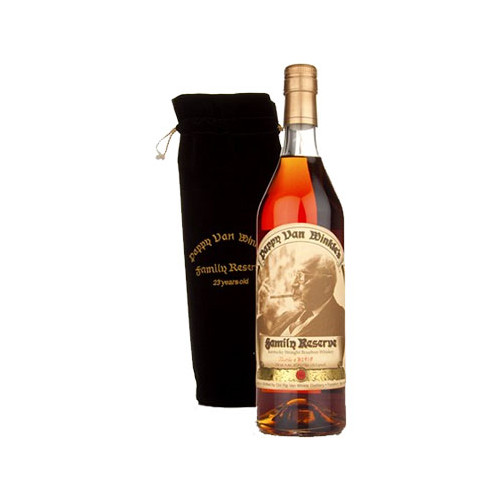 Today, Pappy Van Winkle's Bourbon pays homage to one of the whiskey industry's founding fathers. Pappy Van Winkle's Family Reserve 23 Year Old Bourbon is made from a wheated bourbon recipe, meaning that the secondary ingredient used in the bourbon is wheat instead of rye. After the bourbon has been distilled in the heart of Kentucky, it is matured for a minimum of 23 years, making it one of the oldest bourbons available. Then, each limited-release bottle is brought to proof and bottled.

Grab a bottle of one of the most sought-after bourbons in the world today!

Aroma of caramel, soft cream and honeyed oak that gives way to notes of vanilla, maple syrup and roasted nuts on the palate. Long, woody finish is accented by touches of citrus and spice.