Learn more
Size750mL ProofWheat: 92 (46% ABV) Bourbon: 90 (45% ABV) *Please note that the ABV of this bottle may vary
Made in the heart of the Ohio River Valley, each of these award-winning whiskies is crafted by a fourth-generation master distiller.
Notify me when this product is back in stock. 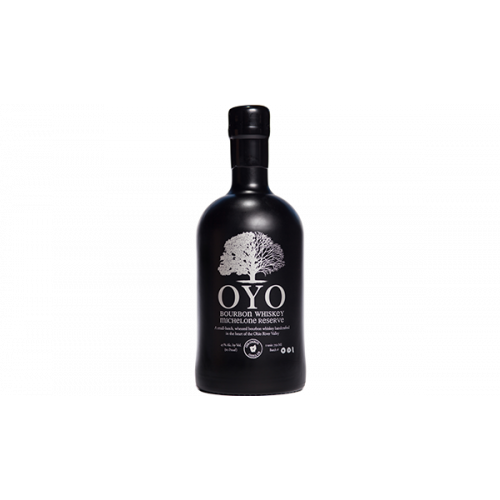 "Part of the reason I started a distillery has to do with my family lineage," says Ryan Lang, the master distiller at Middle West Spirits. "There's four generations of distillers blood in my veins, although I might be the first generation to do this legally." Situated in a 10,000 square-foot warehouse in the heart of the Ohio River Valley, Middle West Spirits was founded in 2008 by Lang, together with his business partner, Brady Konya. Together, the pair marry modern distillation techniques with traditional craftsmanship — and it's working.


Once the soft, red winter wheat is harvested, it is transported back to Middle West Spirits, where Lang mills and mashes the grains before fermenting them in an open-top fermentation tank (Breckenridge Distillery uses a similar tank to produce Breckenridge Bourbon). Following fermentation, the wash is distilled through a 600-liter, hybrid Kothe copper-pot and column still imported from Germany. "The still makes a beautiful whiskey," says Lang. Once the whiskey has been distilled, it is aged in bespoke, 32-gallon American oak casks that are sealed with beeswax. The casks, which are medium-sized, contribute brilliant aromas of caramelized oranges, nougat and cream to the whiskey. The aromas give way to notes of dried cherries, crushed red pepper, roasted nuts and cinnamon, and lead to a long and warming finish with a hint of caramel.

OYO Bourbon Whiskey is a marriage of a Kentucky straight bourbon whiskey, together with a touch of OYO's wheat whiskey. As a result, the bourbon contains four grains in its mashbill: corn, rye, malted barley and wheat. "The bourbon delivers on the promise of a sweet and smoky corn-dominated front end, and a finish that showcases OYO's caramel wheat notes with a hint of coconut and cinnamon spice," says Lang.

OYO Bourbon Whiskey has a dark amber color, along with an aroma of bananas, coconut and dried fruits. The initial notes of honeyed nuts, woody spices, and roasted corn give way to touches of caramel and toffee and lead to a smooth finish with notes of butterscotch. OYO Bourbon earned the Gold Medal at the 2013 Beverage Testing Institute Review of Spirits.

"At the end of the day, I think people appreciate originality," says Konya. "They seek out authenticity and they like to experience spirits with stories that reflect shared values and represent a strong point of view. That's what OYO is all about."