Size750mL Proof80 Proof (40% ABV)
A tribute to Owney "Killer" Madden, this rum is distilled from organic, non-GMO, sugar-rich molasses.
Notify me when this product is back in stock. 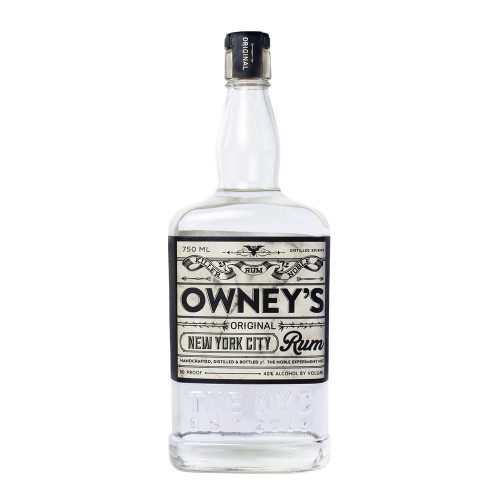 On June 4, 1902 — when he was just eleven years old — Owney Madden set sail from Liverpool, England for New York City as a steerage passenger on board the SS Teutonic. His mother, who had arrived in United States a few months prior to Owney, had been working in New York City and carefully saving money in order to afford Owney's fare. Soon after settling in Hell's Kitchen — a neighborhood in New York City's west side — Owney joined the Gopher Gang and quickly earned a reputation as a fierce fighter. After gunning down an Italian gang member in the streets of New York, Madden reportedly shouted "Owney Madden, 10th Avenue!" in reference to his abode, located at 352 10th Avenue. By the age of 18, Madden was suspected in the deaths of five rival gang members and had earned himself the nickname "Killer."

After serving nine years in prison for murder, Madden was paroled during Prohibition and became involved in bootlegging spirits — primarily rum. Madden established a territory in Hells Kitchen and eventually began acquiring New York City's flashiest speakeasies and nightclubs, including the legendary Cotton Club in Harlem. His thirst for excitement, together with his "swagger, made him a perfect fit for a life of slinging homemade and hijacked spirits," says Bridget Firtle, The Noble Experiment's master distiller. Firtle — a lifelong New Yorker — lives in a home thats basement was used as a speakeasy during Prohibition.

Today, Owney's Original New York City Rum pays homage to Madden's legacy as an entrepreneur during the last era of home-grown New York City spirits. Owney's Rum is crafted in Brooklyn from high-quality, organic, non-genetically-modified molasses sourced from small farmers in the United States. While most molasses is low in sugar content and high in other compounds such as nitrogen and phosphorus, the molasses used to distill Owney's Rum remains rich in sugar, providing for a sweeter, more flavorful rum.

After Firtle mashes the molasses, she ferments the mash using a proprietary strain of yeast at low-temperatures for approximately five days. "Fermentation is incredibly important when making a rum," she says. "That's why we regulate the temperature when fermenting our molasses — we want to keep the environment cool and our yeast happy."

After fermentation, the wash is distilled through a custom-made 265-gallon copper pot still nicknamed Cleo. Firtle then brings the rum to proof using legendary New York City tap water, and fills and labels each bottle by hand. The resulting rum has a sweet aroma of vanilla, butterscotch and banana. As a result of the esters present in the sugar-rich molasses, the notes of vanilla, dried fruit and butter are complex and lead to a long, dry finish.

Only 1,200 bottles of Owney's Original New York City Rum have ever been made.

Nose of vanilla, butterscotch, bananas and a hint of fruit. Initial notes of vanilla and creamy bread give way to butter and dried fruit. Long, dry finish.