Size750mL Proof90 (45% ABV)
For this special release, Master Blender Andrew Mackay put together the last remaining Orphan Barrel stocks of Barterhouse, Forged Oak, and several Rhetoric releases, and married them with both rye and corn whiskeys.
Notify me when this product is back in stock. 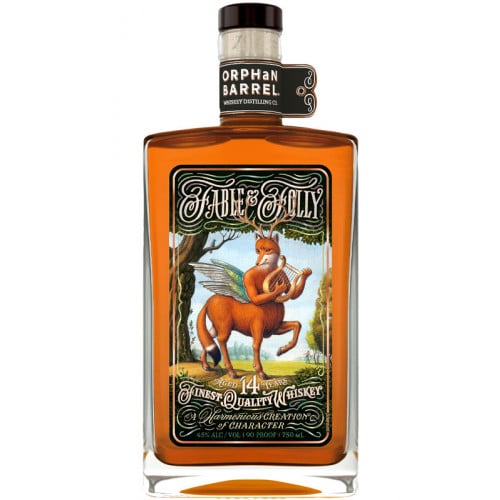 Orphan Barrel Fable & Folly had their master blender Andrew Mackay put together the last remaining Orphan Barrel stocks of Barterhouse, Forged Oak, and several Rhetoric releases. These were married with aged rye and corn whiskeys, resulting in a beautifully mature 14-year-old whiskey. Bottled at 90 proof, it's a rich, creamy, and spicy expression with sweet and fruity notes.

The nose is mature with oak, antique furniture, and rye spice. The palate is smooth and creamy with the rye spice and pepper giving way to rich syrup, caramel, and fruit notes that linger through the oaky finish with a hint of dried fruit.