Size750mL Proof110 (55% ABV)
The successor to Obsello I, this absinthe is distilled using Caribbean rum and matured in oak casks for several months before being bottled by hand.
Notify me when this product is back in stock. 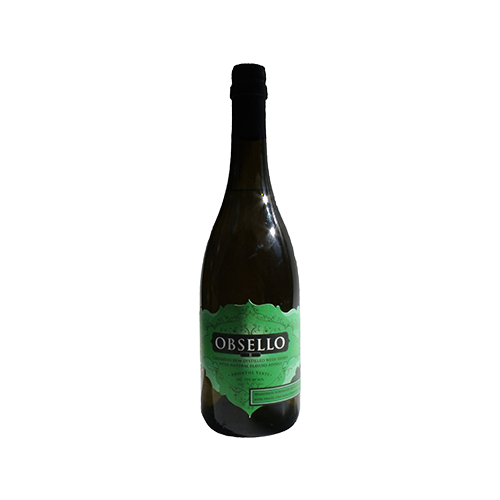 Spurred by the temperance movement and winemakers, absinthe became associated with hallucinogenic effects. One critic claimed that absinthe would "make you crazy and criminal,"and that it would "provoke epilepsy and tuberculosis."In 1905, Swiss farmer Jean Lanfray murdered his family after consuming considerable quantities of wine, brandy and two glasses of absinthe. While Langfray had a history of alcoholism, Swiss teetotalers seized the moment and passed a referendum making absinthe illegal. Absinthe was likewise prohibited in the United States from 1912 until 2007.

Obsello II Absinthe Verte is a Spanish-inspired absinthe that is the successor to the highly acclaimed original Obsello Absinthe, which earned the Gold Medal at the Chicago Beverage Tasting Institute Competition and the title "Best in Class"from Imbibe Magazine. The absinthe is made using seven different herbs and botanicals, including wormwood, anise, fennel, star anise, coriander, lemon balm and hyssop flowers, which are distilled with a Caribbean rum. "The herbs and botanicals are concentrated and macerated for four to seven days inside the base of the still," says Bryan Alexander Davis, the founder of Lost Spirits Distillery and the brainchild behind Obsello Absinthe.

Following maceration, Davis distills the absinthe through his handmade, steam-powered oak still, which, much like a Duracell battery, has a copper top. The still is situated on a grassy lawn where it is completely exposed to the elements, and has an oak base that contributes furfural — a compound that has a cookie-like, baked-goods quality — to the absinthe as it is being distilled.

Once Davis has distilled the absinthe, he rests it for a short period of time (up to a few months) in wine casks that add complexity to the absinthe and contribute hints of dried fruits and oak to its flavor. This resting also allows the absinthe's ingredients to harmonize, after which Davis bottles each batch by hand.

Obsello II Absinthe Verte has a touch of sweetness from its rum base, along with hints of baked bread, oaky spices and cookies that lead to notes of citrus and lemon zest. The absinthe is incredibly distinctive, with an elegant and attractive louche.

Touch of sweetness, along with hints of baked bread, oaky spices and cookies that lead to notes of citrus and lemon zest. Elegant and attractive louche.