Learn more
Size750mL Proof92 (46% ABV) *Please note that the ABV of this bottle may vary
This unusual configuration, together with the partial triple distillation method used at Mortlach Distillery, produces a whisky that is full-bodied and meaty. Distilled October 1998 this whisky is matured for 15 years in Bourbon Casks and bottled in 2014.
Notify me when this product is back in stock. 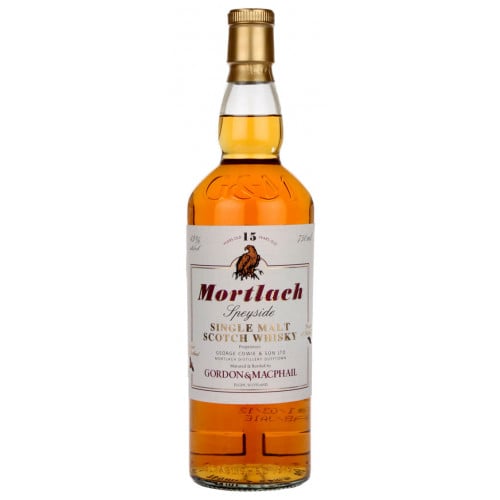 In 1964, the distillery was largely rebuilt and today, houses a unique configuration of six stills. The stills — three wash stills and three spirit stills — are each different shapes and sizes (one still is nicknamed “Wee Witchie” because it is shaped like a witch’s cap), and aren’t paired together. This unusual configuration, together with the partial triple distillation method used at Mortlach Distillery, produces a whisky that is full-bodied and meaty. Distilled October 1998 this whisky is matured for 15 years in Bourbon Casks and bottled in 2014.

Savory, elegant, full-bodied notes of sherry on the nose. The palate echoes the nose with complex sweet and meaty flavors, buttery notes and toasted oak. The finish is warming with sweet notes.