Size750mL Proof92 (46% ABV)
Compass Box sourced a very special peated whisky from the Loch Lomond Distillery for this blended Scotch. Being distilled on a column still is the only reason why the unique expression can't be classified as a single malt.
Notify me when this product is back in stock. 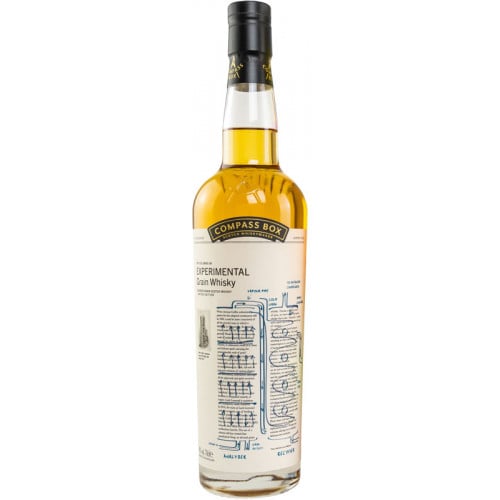 Experimental Grain Whisky is a very special blended Scotch. Released in 2021, Compass Box sourced a special parcel of peated whisky from the Loch Lomond Distillery for this blend. Being distilled on a column still is the only reason why the expression can't be classified as a single malt. The rest of the components of the blend are conventionally made grain whiskies that were aged in re-charred casks. Bottled non-chill filtered and without added coloring at 92 proof, only 6,142 bottles of this delicious whisky were produced.

Get your bottle of this limited-edition whisky today!

The whisky opens with toffee, banana, smoke, barbecue, as well as aromas reminiscent of rum and berries. The palate is soft with vanilla, almond, pine, and smoke. The finish is long with lingering smoke.