Size750mL Proof111.8 (55.9% ABV)
Distilled in 2007, this expression was aged in refill and virgin American oak casks before being bottled at 111.8 proof. With no sherry casks in the mix, this is a different take on Mortlach's signature savory style.
Notify me when this product is back in stock. 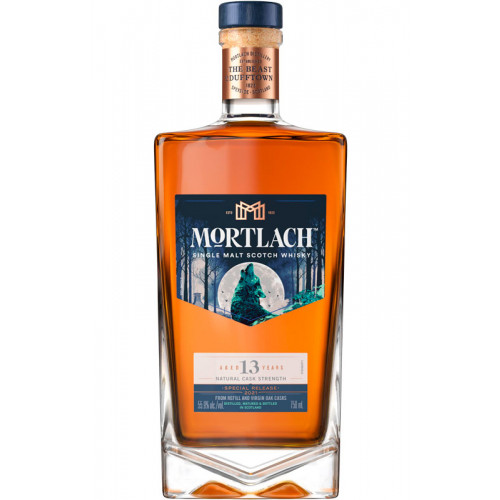 In 1964, the distillery was largely rebuilt and today houses a unique configuration of six stills. The stills — three wash stills and three spirit stills — are each different shapes and sizes (one still is nicknamed “Wee Witchie” because it is shaped like a witch’s cap), and aren’t paired together. This unusual configuration, together with the partial triple distillation method used at Mortlach Distillery, produces a whisky that is full-bodied and meaty.

Mortlach's signature style is apparent in the meaty and woody aromas that greet the nose. The palate is intense and sweet with vanilla and savory spice, culminating in a dry and oaky finish.