Size750mL Proof110 (55% ABV)
The team at Michter's constantly researches various finishing barrels. This rye whiskey is based on their US*1 Kentucky Straight Rye. It's then finished in a second barrel that has been air-dried for 2 months before being custom toasted.
Notify me when this product is back in stock. 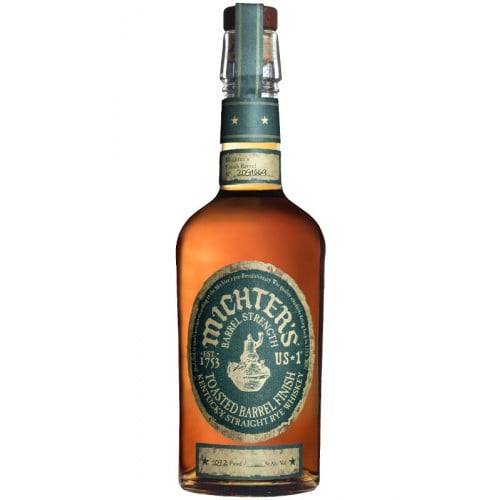 Among their Limited Release whiskeys, you'll find the US*1 Toasted Barrel Finish Rye. The team at Michter's likes to rely on tried-and-true practices with their distilling, but they aren't afraid to experiment on their never-ending quest for crafting the finest whiskey. Their continued research of rye whiskey finishing barrels has led them to this expression. It's based on their US*1 Kentucky Straight Rye that goes for a round of finishing in a custom-toasted barrel that was made of wood that was air-dried for 2 years before being custom-toasted. These unique rye barrels range from 107.2 proof to 111.2 proof.

You'll find prominent spice notes, chocolate, vanilla, honey, as well as hints of nuts and dates. The finish is long with burnt sugar and creme brulee lingering along with a touch of campfire smoke.