Learn more
Size750mL Proof92 (46% ABV) *Please note that the ABV of this bottle may vary
Aged for a minimum of five years, this whiskey was named one of the Top 50 Spirits of 2012.
Notify me when this product is back in stock. 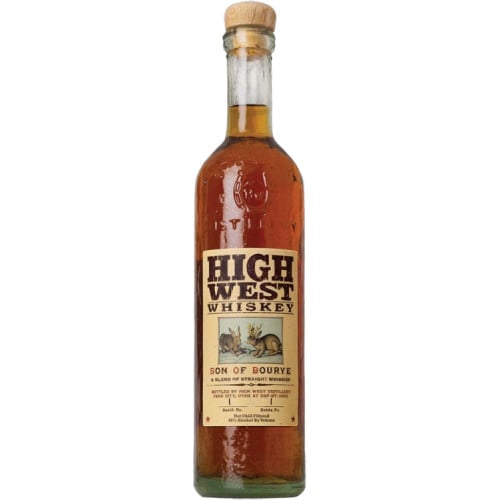 Utah's first distillery since Reconstruction, High West is located in Park City and is the world's only ski-in distillery and gastro-saloon. Although Utah is the country's most notoriously teetotaling state, High West is the only distillery in the world producing these bourbon and rye mixes, but expect imitators soon. Rich in vanilla and caramel with notes of orange clove, you might begin by thinking you are drinking a bourbon but by the end, you'll be certain it's a rye. Of course it's both and it's neither, and that's what makes it unique and special.

"We love to experiment with different types of bold whiskies," said High West's founder, David Perkins, noting that High West Son of Bourye earned a score of 92 points from Wine Enthusiast and was named one of the Top 50 Spirits of 2012. "The Son of Bourye is the result of tinkering with an idea and perfecting the ratios. The original Bourye has already become a legend, and the Son of Bourye is sure to attract even more lore."

Pick up a legendary bottle of whiskey today!

The rye is present on the nose, but is tempered by sweet and oaky notes. There is a long, sweet and spicy finish, making for a whiskey that can be enjoyed neat or on the rocks, and also mixes incredibly well.