We're showing you items that ship to KS.

Size750mL Proof91.4 (45.7% ABV)
Michter's US*1 Small Batch Bourbon Whiskey earned four stars from F. Paul Pacult's Spirit Journal, and earned a score of 90-95 points from Wine Enthusiast.
Notify me when this product is back in stock. 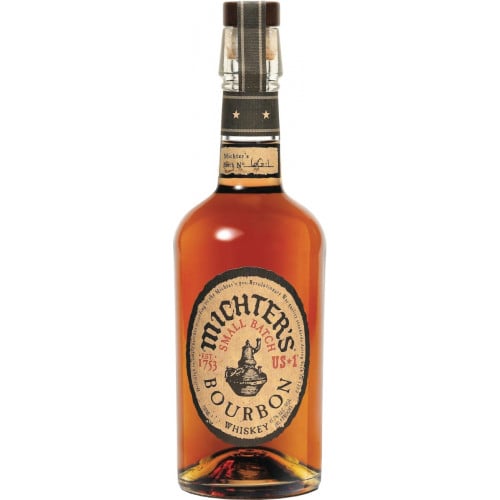 The passage of Prohibition in 1919 forced Michter's, along with nearly every other distillery in the United States, to close. In the early 1990s, however, Joseph J. Magliocco teamed up with Richard Newman in an effort to resurrect the brand. "When we set up our whiskey program for Michter's," says Magliocco, "Dick and I wanted to get back to the "cost be damned' roots and produce the finest whiskey possible. Our goal was to show that whiskey made in the United States could be the equal of great whiskey made anywhere in the world."

In contrast to Michter's Rye, Michter's US*1 Small Batch Bourbon Whiskey is made from a mash composed primarily of ripe, American corn. Once the grains have been harvested, they are milled and mashed before being fermented and then distilled through a copper-pot still. Following distillation, the bourbon is matured in hand-selected white oak barrels, which contributes a rich, amber color to the whiskey.

The bourbon has an aroma of apricots, nutty dough and cracked pepper, along with notes of sweet corn and vanilla on the palate. The finish is well-balanced, and ends with notes of raisins and plums. Michter's US*1 Small Batch Bourbon Whiskey earned four stars from F. Paul Pacult's Spirit Journal, and earned a score of 90-95 points from Wine Enthusiast.

Michter's Small Batch Bourbon represent unique, limited edition expressions of whiskey from one of the oldest brands in the United States.

The bourbon has an aroma of apricots, nutty dough and cracked pepper, along with notes of sweet corn and vanilla on the palate. The finish is well-balanced, and ends with notes of raisins and plums.