Size750mL Proof100 (50% ABV)
Heaven Hill’s Mellow Corn is distilled from a mash of at least 80 percent corn, and aged for four years in once-used Bourbon barrels. This version of Kentucky straight corn whiskey was selected the best American non-bourbon whiskey at the 2015 World Whiskies Awards.
Notify me when this product is back in stock. 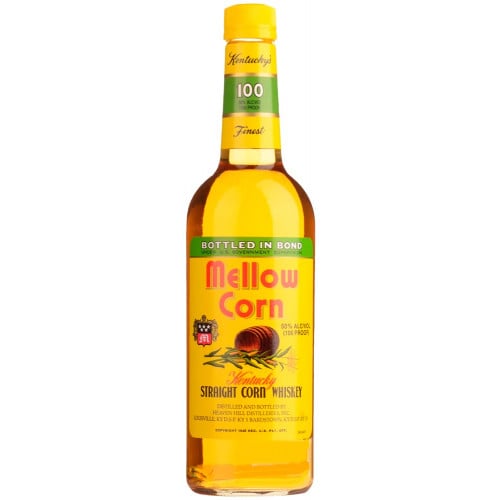 Heaven Hill Distillery, with headquarters in Bardstown, Kentucky, is the largest family-owned and operated distillery in America. Founded in 1935, only two years after the Prohibition had ended, Heaven Hill has remained under the helm of the Shapira family ever since. Their first release — Old Heaven Hill Bottled-in-Bond soon became the best-selling whiskey in the State of Kentucky. Since then, the distillery has evolved to become the seventh-largest alcohol supplier in the United States, and the second-largest holder of bourbon whiskey inventory in the world. Dedicated to preserving the family legacy and committed to quality, Heaven Hill has been perfecting the craft of making whiskeys for decades. They have built strong relationships with local farms that supply them with corn, and the family recipe for their proprietary yeast strain has been passed down through seven generations.

The distillery has created a wide selection of American whiskeys, which range from bottled-in-bond to small batch and single barrel. Heaven Hill ages its whiskeys in barrels sourced from family-owned cooperages for anywhere from 4 to 23+ years. The barrels are held in open rick warehouses, where they experience the hot summers and cold winters of Kentucky.

Heaven Hill's Mellow Corn is produced in accordance with the regulations that define straight corn whiskey. Straight corn whiskey must be distilled from a mash of at least 80% corn, and aged in a used, charred oak barrel, or a new, uncharred oak barrel, however the rules do not strictly require aging. Heaven Hill is one of the few remaining producers of this unique whiskey. The distillery ages this whiskey for four years in a once-used Bourbon barrel. Using a used barrel results in a lighter, straw-colored spirit. This unique expression won the Best American Whiskey title in the non-bourbon category at the World Whiskies Awards in 2015.

Starting with the aromas of oak and delicate spice on the nose, this whiskey develops a full body with a softly spiced sweetness on the palate. The finish is sweet and chewy.