Learn more
Size750mL Proof80 (40% ABV) *Please note that the ABV of this bottle may vary
This Amber edition is a part of The Macallan’s 1824 series, and is meticulously aged in sherry oak casks.
Notify me when this product is back in stock. 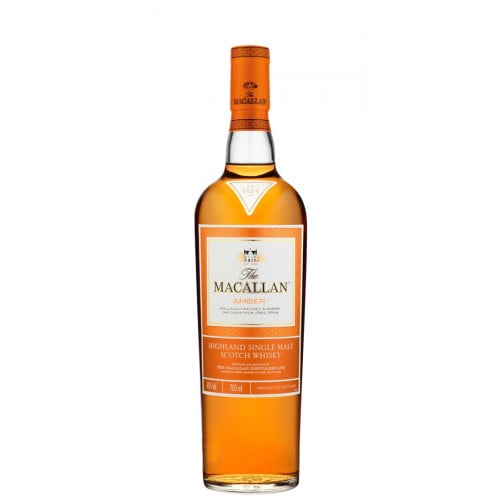 Following distillation, The Macallan distillers remove the heads and tails of the whisky and collect approximately 16% of the spirit to fill into casks for maturation. This "cut," which is among the highest of any Scottish distillery, results in a more full-bodied and rich whisky. This Amber edition —like The Macallan Gold— is part of the 1824 Series. Aged in sherry oak casks this expression has a more intense sherry influence, enhanced by sweet vanilla, and subtle spiced notes.

Stronger sherry notes, spice, nutty aromas and citrus on the nose, followed by vanilla. The palate is intense with sherry, ginger, candied notes, hazelnut, and a strong fruity finish.