Size750mL Proof75 (37.5% ABV)
Luxardo put their signature twist into a London dry gin that is juniper-forward and made with 9 botanicals. It's the maraschino cherries from the family orchards that bring their classic tart and fruity sweetness into the mix, making for a perfect after-dinner drink or cocktail ingredient.
Notify me when this product is back in stock. 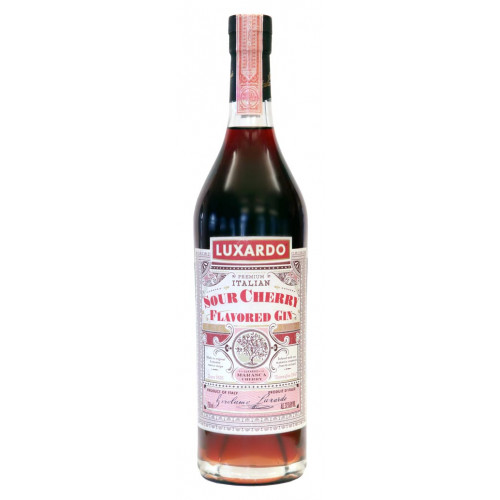 The Premium Italian Sour Cherry Gin is a London dry style gin with an infusion of the fruit that is at the core of Luxardo — the marasca cherries. The fruitiness of the tart cherry juice goes incredibly well with the juniper-forward gin, and a dash of spice rounds it all up. A total of 9 botanicals are used in the recipe, including iris, licorice, cinnamon, cinchona, and bitter orange. These are left in an alcoholic infusion for one day, before being distilled and infused with the cherry juice and sweetened lightly.

It's a beautiful garnet-colored gin that is juniper-forward and spicy. Naturally, the maraschino cherries from the Luxardo family orchards are present throughout the profile, bringing a fresh fruity sweetness and tartness to the spirit. Hints of chocolate, earthiness, and a light bitterness round it all up.