Size750mL Proof94 (47% ABV)
Nikka’s Coffey Gin has an innate complexity achieved through the perfect harmony between 11 selected botanicals and the silky texture of Coffey distillates.
Notify me when this product is back in stock. 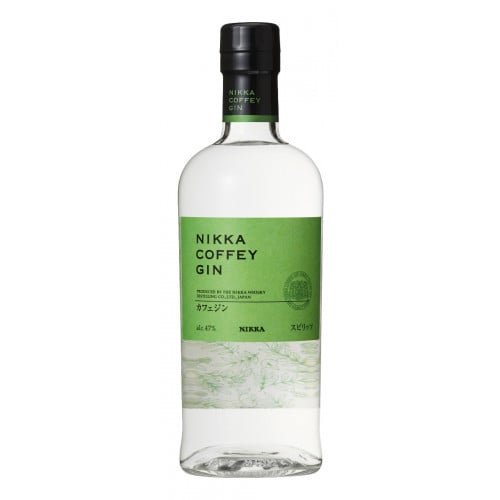 "In 1895, Masataka Taketsuru — the father of Japanese Whisky — was born in the small town of Takehara, Japan. At the time, Masataka's family owned a sake brewery, and in preparing to carry on the family trade, Masataka studied chemistry and biology at Osaka Technical High School. After graduating high school, Masataka showed more interest in whisky than in sake and in 1918, he enrolled at the University of Glasgow in Scotland, becoming the first Japanese ever to study the art of whisky-making. While in Scotland, Masataka took chemistry courses during the day while apprenticing at distilleries at night, learning to distill and blend whisky first-hand at some of Scotland's most prestigious distilleries. In 1920, Masataka returned to Japan, and within the decade, had produced the country's first single malt whisky.

Nikka’s Coffey Gin has an innate complexity achieved through the perfect harmony between 11 selected botanicals and the silky texture of Coffey distillates. The result is a beautiful spirit with bright and zesty aromas originating from four types of Japanese citrus: Yuzu, Kabosu, Amanatsu and Shequasar, complimenting the signature gin botanicals like juniper berries, angelica, coriander, lemon and orange peels.