Size750mL Proof86 (43% ABV)
This classic London dry gin is based on Luxardo's recipe from the early 1900s and is made with 9 botanicals. The juniper-forward profile is great for cocktails and makes a deliciously refreshing gin & tonic. 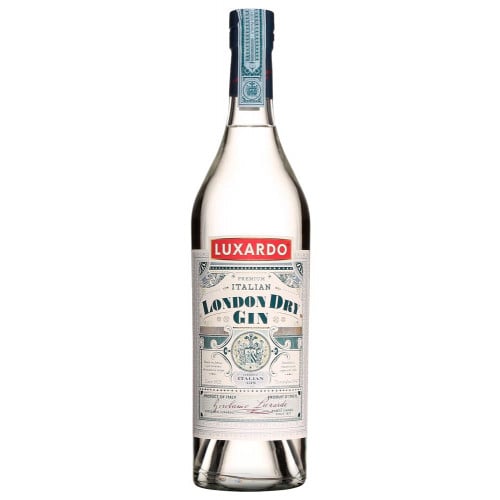 Luxardo London Dry Gin is based on Luxardo's early 1900s recipe and contains 9 botanicals, including juniper, coriander, iris, angelica, licorice, cinchona, cinnamon, cardamom, and bitter oranges. The ingredients spend 24 hours in an alcoholic infusion before being distilled. The refinement then takes 19 days, after which the gin is filtered and brought down to 86 proof. The classic juniper-forward profile works great in cocktails and makes for a deliciously refreshing gin & tonic.

It's a classic juniper-forward profile with coriander and iris on the nose as well. The junipers are prominent on the palate and the finish has pleasant spice notes with cardamom and cinnamon.