Size750mL Proof115 (57.5% ABV)
This limited-edition Kentucky straight bourbon is bottled at 115 proof. A serious expression, it adds a festive touch without becoming gimmicky.
Notify me when this product is back in stock. 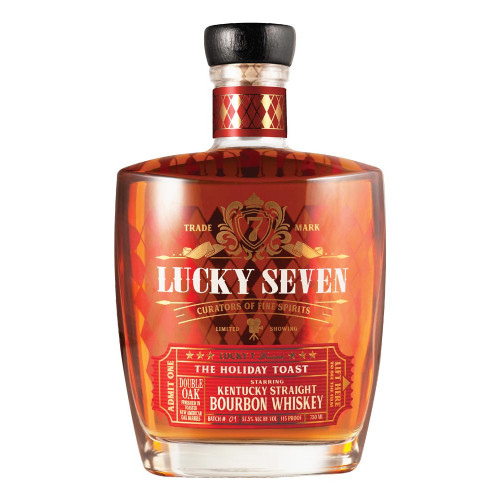 The Lucky Seven 'The Holiday Toast' expression is a limited release that is perfect for the holiday season. This Kentucky straight bourbon whiskey was aged in heavily-toasted new American oak barrels and is bottled at 115 proof. With notes of cinnamon, mulled cider, and baking spices, it's a unique yet serious whiskey that adds a festive touch without being gimmicky.