Learn more
Size750mL Proof92 (46% ABV) *Please note that the ABV of this bottle may vary
The whisky for peat-lovers, this Springbank single malt allows you to experience every nuanced flavor of peat smoke as it evolves on your palate, all the way to the finish.
Notify me when this product is back in stock. 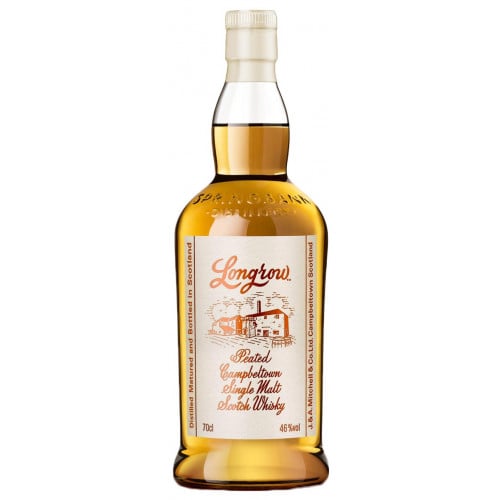 “First distilled in 1973 Longrow is a double distilled, heavily peated single malt produced in Springbank Distillery in Campbeltown. The malt is peat dried for up to 48 hours to give the whisky a unique Campbeltown-style smoky character. Less than 100 casks of Longrow are filled each year…” — Longrow

This single malt is double distilled with 100% peated malts and aged in ex-bourbon barrels. Bottled at 92 proof, this scotch has no age statement. A perfect whisky for peat lovers who enjoy that lingering effervescent smoky flavor.

The nose is creamy with vanilla custard, with smoke and toasted marshmallows, slowly evolving into herbaceous notes, and rich fruits. The palate is well-balanced, rich and creamy with vacillating waves of smoke. The finish is lingering with subtle smoky notes.