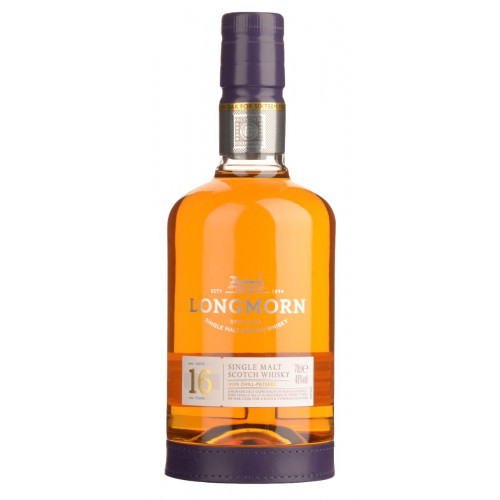 Situated between the Glen of Rothes and the Glen of Elgin, Longmorn Distillery was founded in 1893 by John Duff. Duff was a serial entrepreneur — he had previously founded the Glenlossie Distillery two decades earlier, and would go on to found the BenRiach Distillery years later. As a result of his fascination with Scotch, Duff invested a considerable amount of his personal fortune in maturing casks of whisky, and was ruined shortly after the Pattison Crash of 1898.

During his short tenure at Longmorn, Huff created a distillery that was incredibly successful. In 1897, The National Guardian wrote that Longmorn Whisky "jumped into favour with buyers from the earliest day on which it was offered," and by the turn of the century, Longmorn Whisky had become a critical component in a number of different blended whiskies. Today, Longmorn Distillery continues to distill and mature whisky exactly the same way it did more than a century ago.

Longmorn Single Malt Scotch Whisky is made using the finest barley, much of it still sourced from the Laich of Moray, which is situated just a few miles from the distillery. The rich, fertile plains of Moray, together with the region's unique micro-climate, are ideal for the cultivation of plump, flavorful barley. Once the barley has been sourced, it is milled and mashed before being fermented for approximately two days.

Following fermentation, the wash is distilled twice through Longmorn's copper-pot stills. The stills, which are heated by a direct coal flame, require a greater degree of attention and skill than modern, steam-heated stills. In addition, the uneven heat produced by the coal flame produces a more unique and textured whisky. Following distillation, the whisky is matured for sixteen years in used bourbon casks before being brought to proof and bottled.

Longmorn 16 Year Old Single Malt Scotch Whisky has a fresh aroma, with hints of apples, citrus and green herbs. The flavors open up to rich notes of lemon zest and toasted malt, along with touches of oak, pepper and dates, which lead to a long, dry finish.

Longmorn has been considered the "hidden jewel' of Speyside for many years by distillers and connoisseurs alike," says Neil MacDonald, the distillery's Brand Manager. In addition, Longmorn 16 Year Old Whisky was ranked one of the Top 10 Spirits of 2013 by F. Paul Pacult's Spirit Journal, which called it "one of the greatest inland single malts from Scotland, period."

Fresh aroma, with hints of apples, citrus and green herbs. Rich notes of lemon zest and toasted malt, along with touches of oak, pepper, and dates, which lead to a long, dry finish.