Learn more
Size750mL Proof86 (43% ABV) *Please note that the ABV of this bottle may vary
This expression is a collaboration between Japanese floral artist Makoto Azuma and Glenmorangie. Aged 18 years in a combination of bourbon and Oloroso sherry casks, it's a fittingly floral expression with an attractive floral design.
Notify me when this product is back in stock. 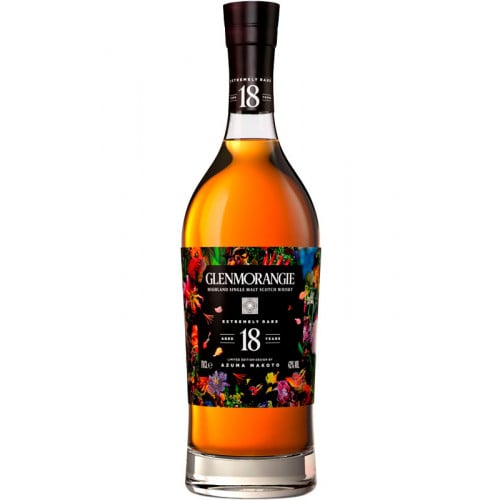 Makoto Azuma is a famous Japanese floral artist. This expression is a collaboration between Glenmorangie and the artist who was drawn to the whisky's floral profile. "It begins with rich, rounded aromas of dried fruits and honey, then unfurls into a bouquet of geranium, tuberose and jasmine. They dance on the tongue with honeysuckle and sweet pea, figs and nuts until the blossoms fade into a sweet and lingering finish," says Azuma of the 18-year-old spirit. The first 15 years were spent in bourbon casks, then a portion of the whisky was transferred into Oloroso sherry casks for another 3 years. Finally, the whiskies were blended together and bottled at 86 proof.

Get your bottle of this floral whisky today!

You can expect rich and sweet aromas of dried fruit as well as complex floral notes. The palate is pleasantly sweet with honey, fig, date, as well as layered floral undertones. The finish is long with lingering dried fruit and nuttiness.