Size750mL Proof92 (46% ABV)
Darryl McNally brings Single Barrel Whiskey to Ireland, reinventing the historic Limavady name. Crafted with 100% malted barley, the whiskey is triple distilled, aged in ex-bourbon barrels, and finished in Pedro Ximenez sherry casks.
Notify me when this product is back in stock. 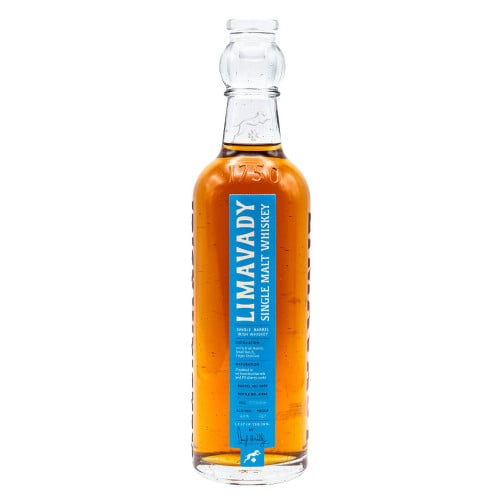 Limavady is an Irish town northwest of Belfast. Situated in the Roe Valley, it has a coastal climate and fertile land that is perfect for making whiskey. That is exactly what the Limavady Distillery began doing in 1750, producing 1.2 million liters per year during its peak. But the distillery was forced to shut down in the 1910s during the Irish whiskey crisis.

Now the brand is reborn together with its "leaping dog" banner, a reference to a local legend. The man behind the revival is Darryl McNally, a descendant of Limavady's distillers and now a Master Distiller himself. Born in a bar in Limavady, he has spent his life living on a farm and eventually dedicated 2 decades of his life to distilling, gathering experience that he has now poured into Limavady Irish Whiskey. "Being able to bring that to life through a timeless brand like Limavady Whiskey, from the place where I was born and raised, makes me feel incredibly fortunate. It’s a source of immense pride to myself and my family to be able to carry on the Limavady name and make our stamp on the industry," says McNally.

Limavady Single Barrel Irish Whiskey is a small-batch spirit that is crafted with 100% Irish malted barley and triple distilled in copper pot stills. The whiskey is then aged in ex-bourbon barrels and finished in Pedro Ximenez sherry casks. It's a single barrel release with each barrel yielding 846 bottles.

You can expect notes of vanilla, toasted oak, dried fruit, spice, caramel, almond, and plum, culminating in a satisfyingly long and warming finish.