Caskers Rewards members earn up to 4 store points back when buying this bottle.
Size750mL Proof104 (52% ABV)
Notify me when this product is back in stock. 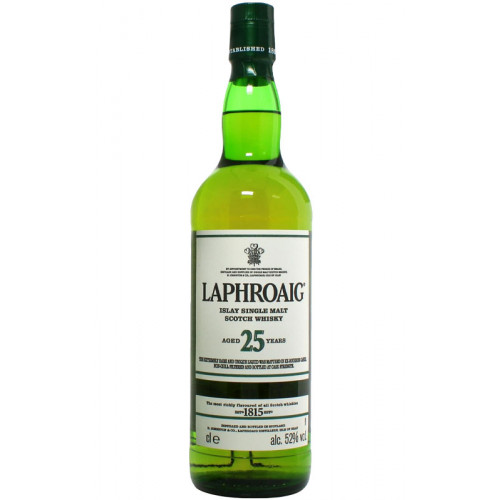 Produced in United Kingdom by Laphroaig and bottled at 104 (52% ABV) proof, this well-rounded Scotch is meant to be enjoyed by Spirits enthusiasts and novices alike.

Laphroaig 25 Year Old Cask Strength 2018 Edition Single Malt Scotch Whisky doesn't have any reviews yet. Let's change that. Head out to the Review tab to leave your feedback.