Size750mL Proof100 (50% ABV)
This world renowned rye won "Best Rye Worldwide Whiskey" at the 2016 International Wine and Spirits Competition.
Notify me when this product is back in stock. 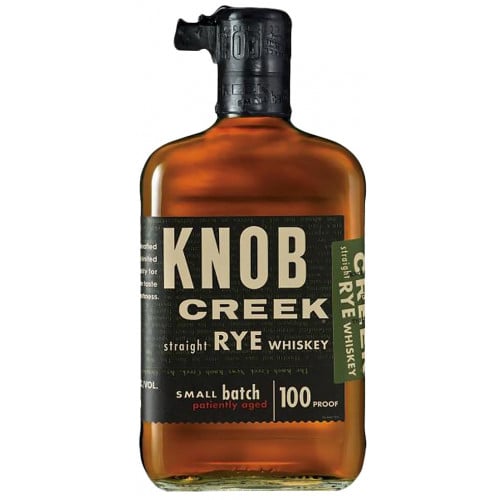 Knob Creek offers a solid core lineup of whiskeys and bourbons, all of which have made the brand one of the most popular labels on the market today. Rye Whiskey has made a huge comeback in the industry in recent years, and Knob Creek’s small batch rye is a hallmark emblem of the resurgence of this born again fermented grain whiskey. With its expansive notes of herbs bold rye and nuanced elements of oak, and undertones of vanilla, it's no wonder that this rye is one of the most renowned whiskeys to date. Although they do not reveal its age statement (instead claiming “aged patiently” on its label), and information about their grain source is also undisclosed (instead stating that they source the “highest-quality rye to create the World’s Best Rye”), this exceptionally nuanced and flavorful whiskey won "Best Rye Worldwide Whiskey" at the 2016 International Wine and Spirits Competition.

Expansive notes of herbs and rye with nuances of oak on the nose. Bold rye spice with undertones of vanilla and oak on the palate. The finish is warm and smooth with spice throughout.