Size750mL Proof121.8 (60.9% ABV) - May vary
In celebration of Knob Creek’s historical influence, this unfiltered cask strength single barrel bourbon is Knob Creek’s first-ever bourbon bottled at barrel strength.
Notify me when this product is back in stock. 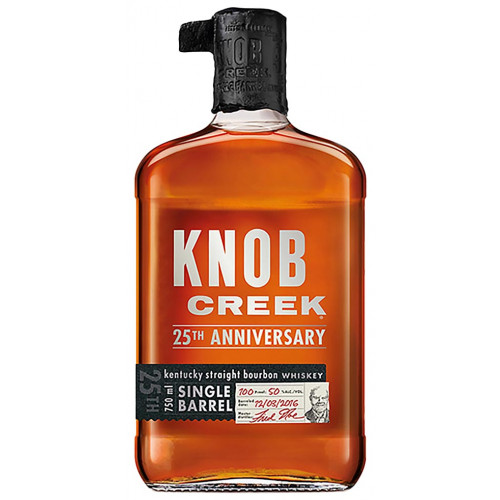 A quarter century ago, Booker Noe bottled the first batch of Knob Creek Bourbon, subsequently ushering in the small batch movement. The torch has since been passed on to Fred Noe. The legacy of Booker Noe lives on through Knob Creek and all of its full-flavored bourbons. In celebration of Knob Creek’s historical influence, this unfiltered cask strength single barrel bourbon is Knob Creek’s first-ever bourbon bottled at barrel strength. Holding true to the rigorous Pre-Prohibition standards, this batch is straight from the barrels at the warehouse in Clermont: uncut and unblended at 120.6-123.7 Proof.

Soft and surprisingly deep on the nose. The palate is full of dark chocolate and vanilla, evolving into smoky notes of tobacco, a hint of apple, vanilla, and baking spices. The finish is long with a slight burn.