Be the first to review this product
A strictly limited offering from Kentucky Owl that pays homage to the 100th anniversary of The Prohibition with a blend of their most prized barrels.
$2,777.99
Add to Wish List

Kentucky Owl Dry State 100th Anniversary Limited Edition comes in the wake of the 100th anniversary of the Prohibition. It pays tribute to the period after the Volstead Act sent the country into a "dry state". This rare edition is limited to less than 2000 bottles and combines some of Kentucky Owl's most prized barrels. It comes in an elegant wooden box, made according to design trends of the time and entirely by hand. Bottled at 100 proof, you can expect complex aromas of spice, fruit, and toffee, followed by sweet oranges and caramel, culminating in a satisfyingly long finish.

Expect complex aromas of spice, fruit, and toffee, followed by sweet oranges and caramel, culminating in a satisfyingly long and warming finish. 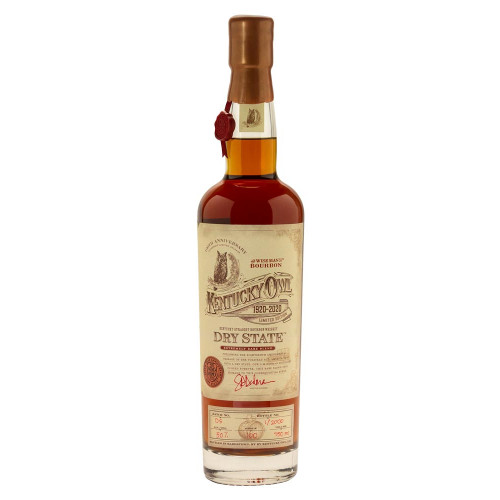