Size750mL Proof114 (57% ABV)
This highly anticipated Kentucky Owl 10-Year Old Kentucky Straight Rye Whiskey Batch #3 is distilled in the heart of Bardstown.
Notify me when this product is back in stock. 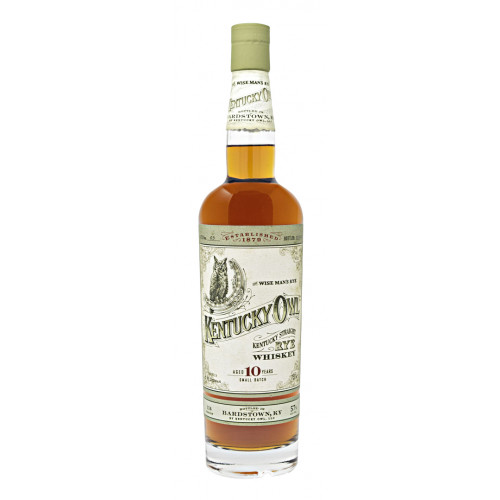 Citrus, orange juice, grapefruit, oak, anise, and barbeque spice on the nose. The combination of barrel sweetness, caramel candy, creamy vanilla, toffee, and hazelnut coat the palate before moving into a finish of licorice, absinthe, nutmeg, and a mild flash of cayenne pepper.