Size750mL Proof90 (45% ABV)
Jim Murray gave this incredible whiskey earned 94.5 pts “Sensational!” in his 2018 Whiskey Bible.
Notify me when this product is back in stock. 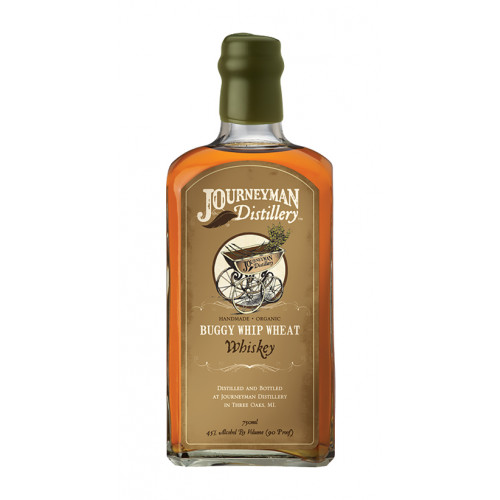 Fondly known as “The Whip,” Buggy Whip Wheat Whiskey is named after one of the products produced at the historic Featherbone Factory back in the late 1800's. This single-grain whiskey showcases the high quality and terroir of the organic Michigan wheat used to produce it.  The 100% wheat provides a soft sweetness and smoothness reminiscent of an Irish whiskey on the palate. Jim Murray gave this incredible whiskey earned 94.5 pts “Sensational!” in his 2018 Whiskey Bible.