Be the first to review this product
This decorated bourbon has won countless awards, including Double Gold medals at the 2016 and 2017 in both San Francisco World Spirits and New York World and Wine Spirits Competitions.
$99.99
Add to Wish List

Jos. A. Magnus & Co. distillery was re-established in 2015, but the legacy of Joseph Magnus Bourbon dates back to the 1890s. After Magnus' great-grandson rediscovered an old bottle of his ancestor's whiskey amongst family heirlooms, the idea was hatched to revive the art of finished bourbon. Joseph Magnus Bourbon is comprised of 12-year-old bourbon from MGP in Indiana and triple-cask finished over several months in Oloroso sherry, Pedro Ximenez sherry, and Cognac casks at the Jos. A. Magnus & Co. distillery in Washington, D.C.

The art of finishing and blending bourbon across the three casks imparts distinctive notes to the finished spirit. This inspired bourbon has rich and deep notes of vanilla, citrus, dark chocolate, brown sugar and dark stone fruits which deliver a lingering, warm finish. Joseph Magnus Bourbon has received numerous accolades at the highest levels of competition: Double Gold in 2016 and 2017 in both San Francisco World Spirits Competition and New York World Wine & Spirits Competition and Gold Medal, Best in Class Whiskey 2016 at ADI, to name a few. 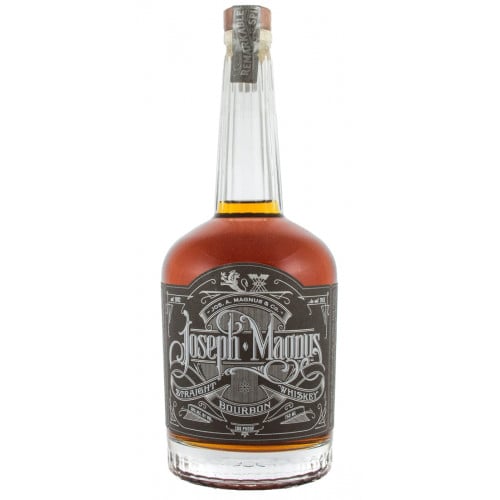