Size750mL Proof80 (40% ABV)
The famously smooth Johnnie Walker Blue Label has seen several special releases with attractive designs. This one pays tribute to Washington D.C. with depictions of the Washington Monument, Lincoln Memorial, and The Capitol. 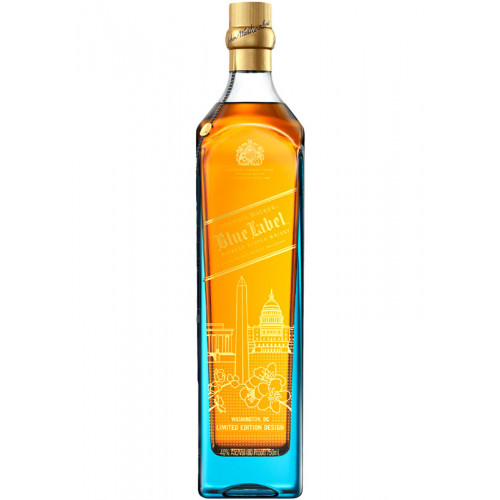 The Blue Label is something of an institution. Only 1 in 10,000 casks from the company’s reserves of over 10 million maturing whiskies have what it takes to be blended into this masterpiece, including some extra-precious casks from long-closed "ghost" distilleries. Johnnie Walker Blue Label Blended Scotch Whisky represents the epitome of blending and the pinnacle of the House of Walker whisky. The special releases of this whisky are highly collectible and sought-after with various different designs. This one takes its inspiration from Washington D.C. with depictions of the Washington Monument, Lincoln Memorial, and The Capitol. The imposing monuments are offset by the gentler side of D.C. with its iconic, delicate cherry blossoms. The beautiful design makes for a great gift as well as being collectible.