Caskers Rewards members earn up to 4 store points back when buying this bottle.
Size750mL Proof80 (40% ABV)
Johnnie Walker Blue Label is an institution and the epitome of smoothness. Only one in 10,000 casks from their massive reserves get to be blended into this masterpiece. This special edition features a unique design that celebrates Las Vegas.
Notify me when this product is back in stock. 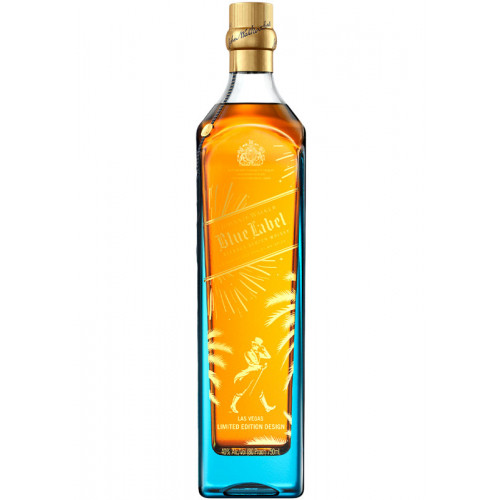 The Blue Label is something of an institution. Only 1 in 10,000 casks from the company’s reserves of over 10 million maturing whiskies have what it takes to be blended into this masterpiece, including some extra-precious casks from long-closed "ghost" distilleries. Johnnie Walker Blue Label Blended Scotch Whisky represents the epitome of blending and the pinnacle of the House of Walker whisky. The special releases of this whisky are highly collectible and sought-after with various different designs. This one is inspired by Las Vegas and The Strip with the fun and excitement embodied by images of fireworks above palm trees. It's infinitely collectible as well as making an exquisite gift for any whisky lover.