Caskers Rewards members earn up to 4 store points back when buying this bottle.
Size750mL Proof87.6 (43.8% ABV)
At the heart of this limited-edition whisky lies the Highland single malt, Glenury Royal - a "ghost" distillery that shut its doors in 1985 after a long and colorful history.
Notify me when this product is back in stock. 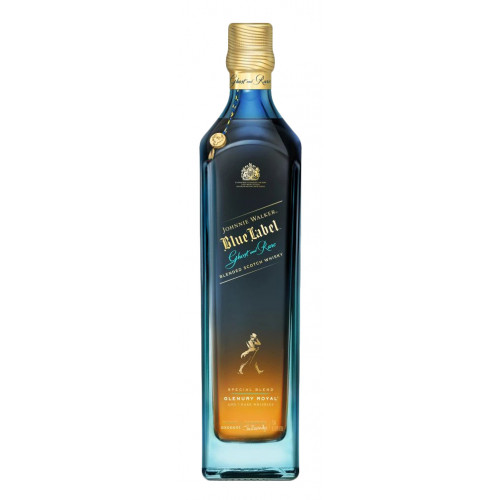 Johnnie Walker Blue Label Ghost and Rare Glenury Royal is the third in a series of special releases crafted using incredibly rare whiskies from the unparalleled Johnnie Walker reserves. At the heart of this limited-edition whisky lies the Highland single malt, Glenury Royal - a ‘ghost’ distillery that shut its doors in 1985 after a long and colorful history.

Founded in 1825 by Captain Robert Barclay, who was a member of the British Parliament and the first man to walk one thousand miles in one thousand hours, the distillery was destroyed in a fire, only to rise once again and flourish under Barclay’s leadership to become one of only three Scottish distilleries to have a Royal title.

The result is a whisky with smooth, nutty layers of dark chocolate, waves of vanilla, heather honey and dried fruits and underlying notes of creamy toffee and butterscotch - all perfectly balanced by the rich, fruity, sweet apple and delicate apricot character of Glenury Royal.
Johnnie Walker Blue Label Ghost.