Rating:
93%
1
Size750mL Proof84 (42% ABV)
Crafted in honor of the American icon and the inventor of the cowboy hat, this bourbon is distilled in Kentucky and aged in charred American oak barrels.
Notify me when this product is back in stock. 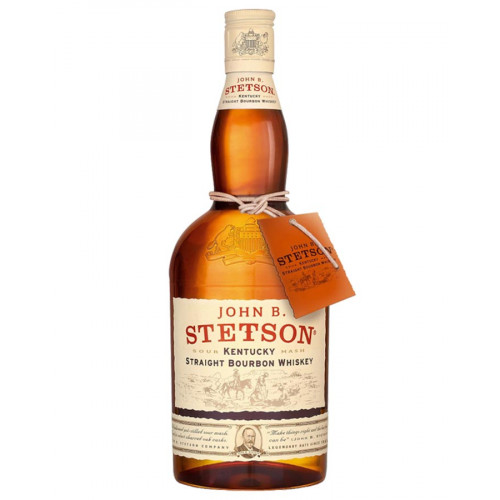 John Batterson Stetson was the inventor of the cowboy hat and founder of the John B. Stetson Company ― the brand that became synonymous with the hats that are today known simply as Stetsons. Since the company's inception during the Gold Rush in the 1860s, it has had several ups and downs. Once the largest headwear producer in the world, the hats are now made by Hatco in Garland, Texas.

This expression honors the American icon and is bottled by John B. Stetson Spirits, LLC. The sour mash whiskey is distilled in Kentucky and crafted from native American corn and locally-sourced wheat, barley, and rye, before being aged in charred American oak barrels. The wheated bourbon is bottled at 84 proof and was originally released for the German market. You can expect caramel, corn, vanilla, orange zest, and cinnamon notes on the nose, followed by vanilla, char, spice, and fruit on the palate. Finishes long and spicy with an additional butterscotch note.

Expect caramel, corn, vanilla, orange zest, and cinnamon notes on the nose, followed by vanilla, char, spice, and fruit on the palate. Finishes long and spicy with an additional butterscotch note.