Rating:
100%
(1)
With its fresh notes of ripe peaches, blended with a world famous Kentucky Straight Bourbon flavor, this Jim Beam Peach is the epitome of country summer.
$24.99
Add to Wish List

After settling in Kentucky, Beam began harvesting corn and set forth a family tradition by distilling the excess grains he harvested into whiskey. Since then, seven generations of the Beam family have been involved in whiskey production for the eponymous company (the company is actually named after James Beam, who rescued it following Prohibition). Today, Fred Noe — a seventh generation master distiller and the great-grandson of Colonel James B. Beam — shepherds his family legacy forward.

Jim Beam Peach is the epitome of ripe and fresh peaches, combined with the world’s finest Kentucky Straight Bourbon Whiskey to create a perfect blend of sweet and woody notes of bourbon. This Jim Beam Peach is a go-to refreshment for summer occasions, perfect for bourbon cocktails underneath the summer sun. 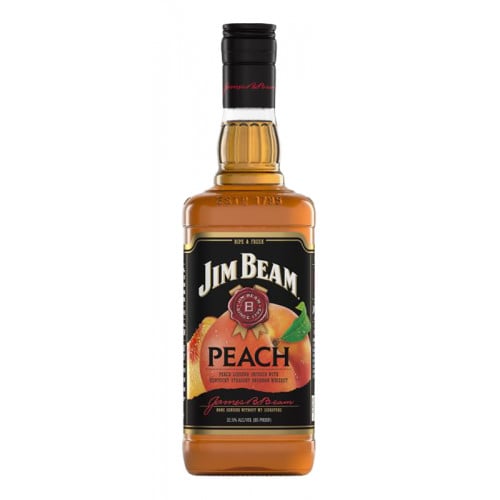