Learn more
Size750mL Proof80 (40% ABV) *Please note that the ABV of this bottle may vary
This exclusive blend is unique in that is only made a few days of the year. It is not used by any other Jameson Label.
Notify me when this product is back in stock. 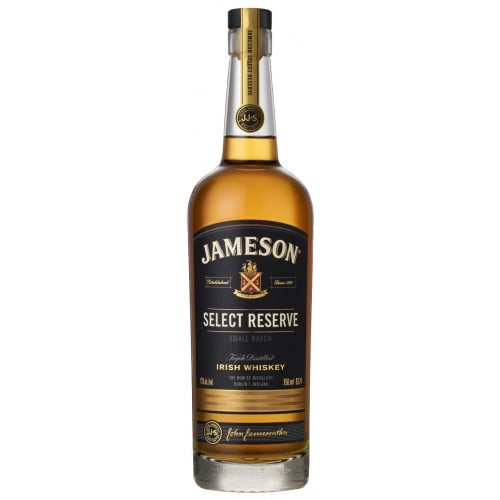 This Jameson Select Reserve Small Batch is a blend of 12 years old, pot still Irish Whiskey, and 5 year old Grain Whiskey. This exclusive blend is unique in that is only made a few days of the year. It is not used by any other Jameson Label. The whiskeys are matured in either toasted Sherry casks or charred Bourbon barrels. This Select Reserve is treasured by Irish Whiskey connoisseurs all over the world.

Tropical fruits, baked goods, berries, sweet cereals and cream on the nose. The palate has cream, nuts, brown sugar, cinnamon and passion fruit. The finish is long and smooth.