Size750mL Proof92 (46% ABV)
This award-winning Irish Single Malt is aged 7 years. It has spent the first five in ex-Bourbon oak and another 2 in Oloroso sherry casks for a rich and complex spirit that is bottled at 92 proof without chill filtration and coloring.
Notify me when this product is back in stock. 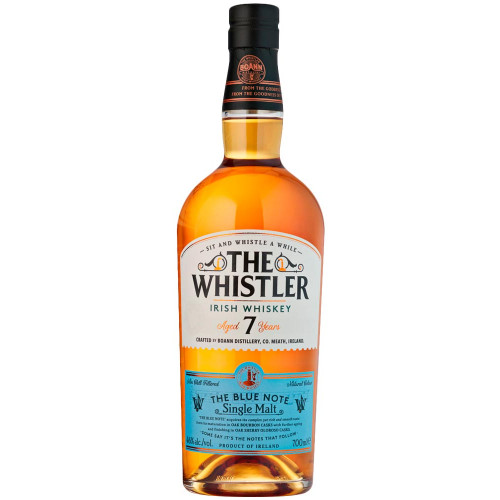 About The Whistler 'The Blue Note' 7 Year Old

Their Single Malts lineup consists of sourced whiskeys. The Blue Note spent its first 5 years in ex-Bourbon barrels before being finished in Oloroso sherry casks for 2 years, totaling 7 years of aging. Bottled at 92 proof without chill filtration or added coloring, its rich, complex, and smooth profile has won several awards.

Creamy lemon, salted caramel, and dark fruit lead the charge on the nose. The dry palate has a citrusy sweetness, red berries, and a touch of pepper. Finishes light and citrusy with a touch of wood.