Size750mL Proof80 (40% ABV)
Jack Daniel’s No. 27 Gold is crafted to the same uncompromising standards as Old No. 7, but double charcoal mellowed for an even smoother mouthfeel.
Notify me when this product is back in stock. 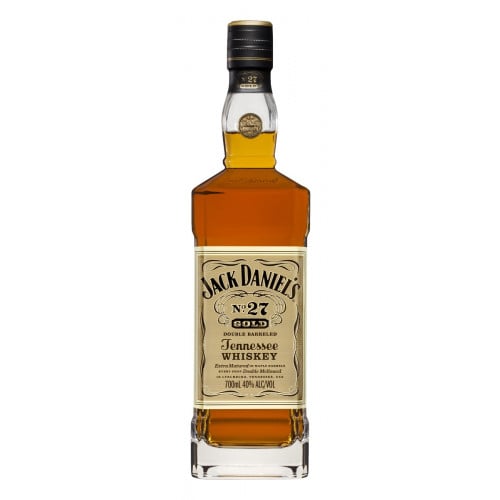 Born on September 5, 1850, Jasper Newton “Jack” Daniel was the youngest of ten children. His parents were of Scottish and Irish descent. In 1864 Jack learned the art of whiskey making from the preacher and an enslaved man named Nathan “Nearest” Green. Nearest eventually became Jack Daniel Distillery’s head distiller. Daniel’s distillery — founded in Lynchburg, Tennessee in 1866— was the first registered distillery in the country (at the time, distilleries were required to register with the federal government, and the Jack Daniel Distillery was given Registered Distillery Number 1). Today, Jack Daniel Distillery is one of the most distinguished and recognizable names in the spirits industry.

Jack Daniel’s No. 27 Gold is crafted to the same uncompromising standards as Old No. 7, but double charcoal mellowed for a luxuriously smooth mouthfeel, and extra matured in golden-hued maple barrels for a rich, warm finish. This refined expression of our original Tennessee Whiskey is only available in select markets around the world.

Aromas of toasted oak and honey with flavors of rich, warm maple and fruits.