Size700mL Proof100 (50% ABV)
Big, bold, and rich, this bonded whiskey was distilled during a single season, matured in a government bonded warehouse, and bottled at 100 proof. Each barrel is carefully selected by hand, ensuring the depth of color, flavors, and aromas. 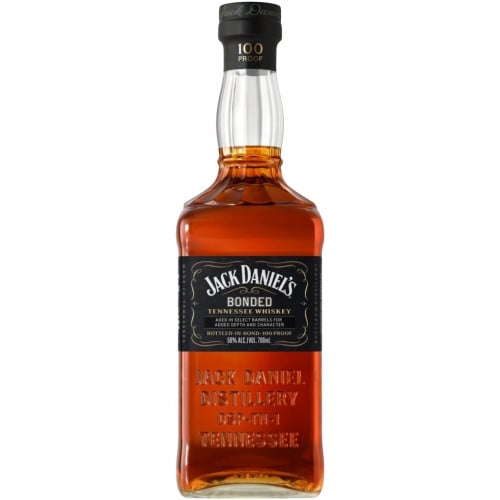 Being a Bottled-in-Bond whiskey, Jack Daniel's Bonded is distilled in a single season from a recipe of 80% corn, 12% malted barley, and 8% rye. It's matured in a government bonded warehouse for a minimum of 4 years before being bottled at 100 proof. Each barrel is hand-selected for its depth of color, flavor, and aromas. Oaky, big, and bold, the whiskey has rich notes of caramel, prominent oak, and spice.

Grab a bottle of this Bottled-in-Bond Jack Daniel's today!

It's a bold whiskey with brown sugar, spice, and rich oak on the nose. The palate is pleasantly sweet with caramel, spice, stewed fruit, and toasted oak notes. The finish is long and gently warming with spice and a touch of smoke.