Size750mL Proof80 (40% ABV)
This rhum agricole or sugarcane rum is a blend of spirits, aged 3 to 4 years. These years were spent in American oak ex-bourbon barrels from Kentucky and Missouri, bridging the gap between American whiskey and rhum.
Notify me when this product is back in stock. 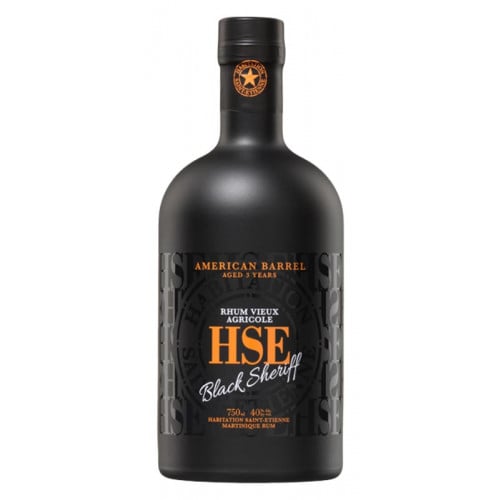 The HSE Rhum Vieux Agricole Black Sheriff is a blended rum with the components being 3 to 4-year-old rhums that were mostly aged in American oak ex-bourbon barrels from Kentucky and Missouri. Bottled at 80 proof, it's an award-winning fruity and sweet rhum with honey, vanilla, and wood notes.

Aromas of vanilla and honey sweetness greet the nose with woody undertones. The mouthfeel is round with an initial sweetness followed by plenty of fruit notes on the palate. The finish has spice and oak notes.