Be the first to review this product
Only 240 bottles of this premium Single Cask rum are available. It was distilled at the South Pacific Distilleries of Fiji, then matured in an ex-bourbon barrel for 12 years, then 4 years in the UK in an American oak cask.
Add to Wish List
Notify me when this product is back in stock.

The Holmes Cay Fiji Single Cask Rum was distilled in 2004 at the South Pacific Distilleries of Fiji. The 16-year-old pot-still rum was matured tropically in an ex-bourbon barrel for 12 years, then 4 years in the UK in an American oak cask, then bottled in 2020 at 116 proof without chill filtering. The cask yielded 240 bottles of this premium unadulterated rum.

Grab one of these 240 bottles now!

The nose opens with subtle grassy notes and banana. Citrus leads the charge on the palate before giving way to pepper and caramel. Finishes long and dry with lingering spicy oak and balsam. 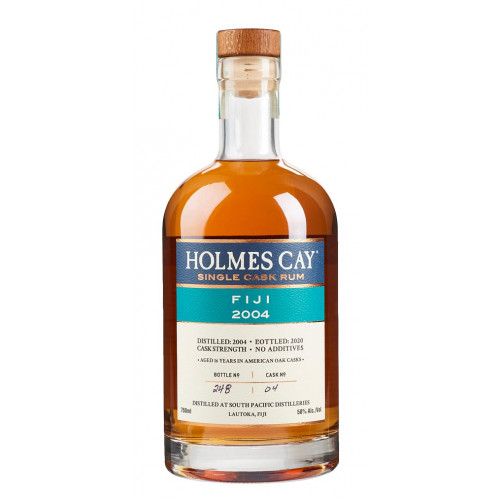