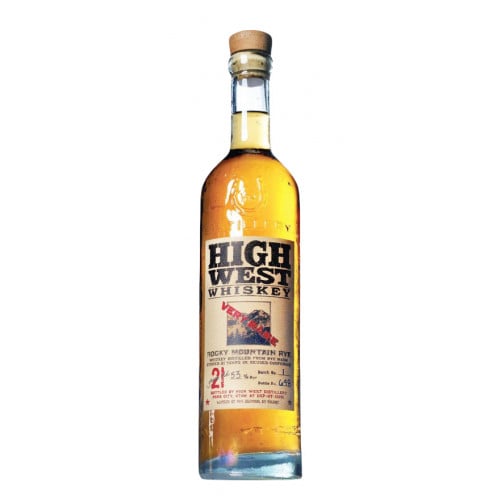 High West Rocky Mountain Rye 21 Year Old isn’t technically rye whiskey since it wasn’t aged in new, but rather refill barrels. But it is whiskey distilled from rye. It’s also incredibly rare for an American whiskey to reach such age. The thing is, this impressive spirit is almost extinct, so finding a bottle is almost Ethan Hunt’s level of impossible. Its character is sweet, hot, and spicy. Pretty spectacular stuff.

"After a tour of a distillery in Scotland," says Perkins, the owner of High West Distillery, "we went out to dinner, and they brought us a dessert of honeydew drizzled with peated syrup. That was the most unusual, delicious, and memorable ending to a dinner I've ever had." Inspired by the sweet and smoky flavor profile of his Scottish dessert, Perkins concocted a diabolical scheme to create the same balance of flavors at his distillery in Park City, Utah.

Don't miss the opportunity to own this wonder!

The sweet nose introduces us to notes of toffee, figs, caramel, and cola. They’re followed by a burst of hot and spicy flavors ranging from nutmeg, cinnamon, and green oak, to charred wood, Masala chai, and Muscovado sugar. The long finish offers notes of green oak, caramel, and spiced tea.