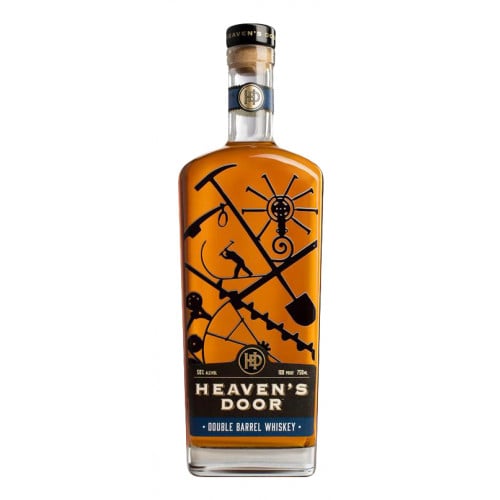 Heaven's Door whiskey is a collaboration with Bob Dylan. This award-winning collection features an inspired bottle depicting the distinctive iron gates that were created by Dylan in his studio, Black Buffalo Ironworks. The unique gates were handcrafted from objects discovered across America.

The highly acclaimed collection of whiskeys are finished in special French oak barrels. Comprised of a unique blend of three different whiskeys, this double-barrel finished whiskey spends time in hand-toasted, new American oak barrels for a secondary aging period. The Double Barrel’s higher proof balances perfectly with the complexity of its flavor and notes of caramel, oak, citrus, and spice.

Notes of caramel, oak, citrus, and spice echo all throughout the nose and palate. The finish is complex with lingering notes of oak.