Size750mL Proof100 (50% ABV)
Aged entirely in a used American bourbon cask and available exclusively through Caskers, only 319 bottles of this whisky were ever produced.
Notify me when this product is back in stock. 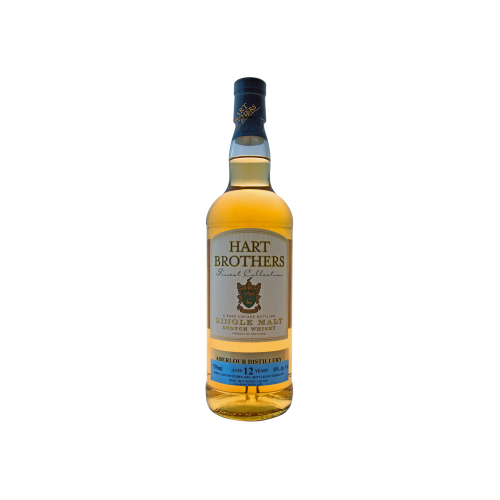 Situated near the Ben Rinnes Mountain at the confluence of the Lour and Spey rivers in Spey Valley, Aberlour Distillery was founded in 1879 by James Fleming, a son of a local tenant farmer.  In 1898, a fire destroyed most of the distillery, including nearly all of its inventory of whisky.  It was then, under the supervision of Charles Doig — Scotland's foremost designer of whisky distilleries — that Aberlour Distillery was rebuilt as the distillery it is today.

The crystal-clear spring water that cascades down the Ben Rinnes and makes its way along the Lour Valley to the distillery is the lifeblood of Aberlour whisky.  Soft and pure, the water picks up mineral deposits along its journey, which gives Aberlour a unique and incredibly flavorful character.

Our Aberlour 12 Year Old Scotch Whisky — available exclusively through Caskers — is different from the traditional Aberlour 12 Year Old Scotch.  Aged entirely in a used American bourbon cask (Cask Number 8848), it was bottled at 100 proof — rather than the standard 80 proof — by the Hart Brothers, an independent family-owned business that specializes in sourcing vintage casks of unique, single malt whisky.  Alistair and Donald Hart, who have been bottling Scotch whisky since 1964, personally checked this cask of Aberlour to ensure that it met the quality and taste that the Hart Brothers' collection demands.

A nutty nose, with a slightly sweet flavor profile, this whisky has notes of vanilla and a hint of honey. A long and gentle finish.